Rolling out of Geronimo

Afghanistan Through My Eyes - Home

Hurry up and wait. This phrase was coined in the military. I think it has to do with learning patience, restraint and composure. Good traits to have in combat...but really hard when you're on US soil and you just want to be in the arms of loved ones. 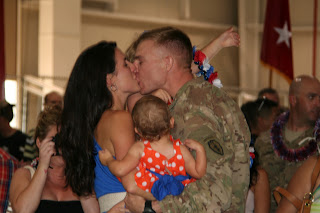 After we landed in Hawaii we were bused up to Schofield Base. 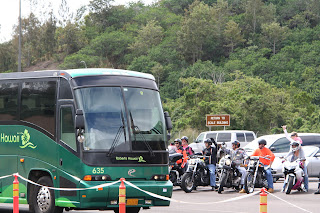 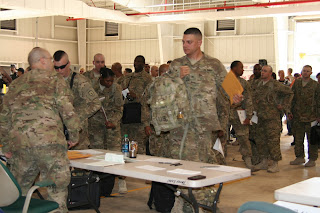 First everyone is checked in and weapons surrendered. The soldiers were treated to an escort from the Veteran's Who Ride Harley Chapter of Hawaii. Veterans and USO came out to greet them. Then follows a briefing and snacks for the soldiers while their loved ones wait as patiently as possible on the other side of the partitioned building. 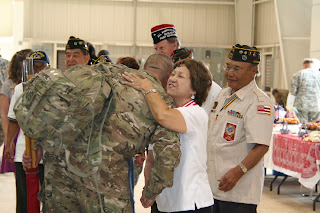 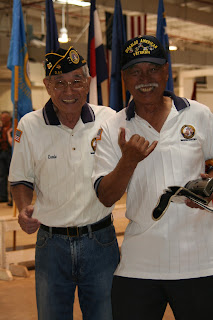 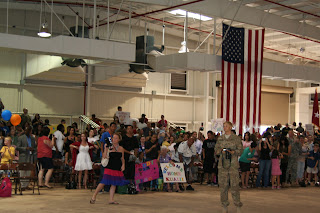 Finally after a film created by the PAO office of the 25th's Division year in Afghanistan the soldiers march in! 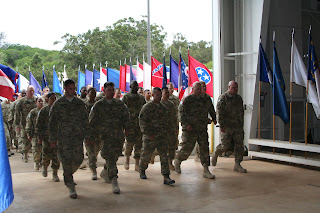 After the Start Spangled Banner played and there were thanks for the safe return the soldiers they were released. 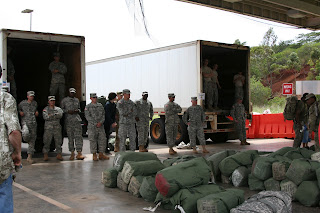 Then we just had to find our gear and we were home.

Posted by Mare Contrare at Thursday, July 05, 2012 Links to this post